This is a fable of a magician who, being rejected by his village as a failure, attempts to overcome his despair by performing the ultimate magic trick and in doing so embarks on a journey of enlightenment. Based on the traditionally Zen Buddhist parable, this production features a human size bunraku puppet, a stilt dancer as the bull, shadow puppetry and rolling screens and a live drumming score throughout. 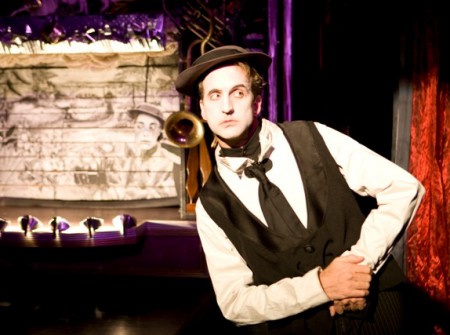