High art meets low when the words of early 20th Century Poets are given voice in this cabaret of wooden puppets, rolling paper scrolls and bass drums. This solo performance includes a traditional hand puppet show performed with drum kit, a one-man band accompanies a rod marionette show with motorized story scroll and a shadow puppet show is performed on a series of hand cranked paper scrolls. The performances are based on the writings of Federico Garcia Lorca and Wallace Stevens as well as a traditional New Orleans blues song. 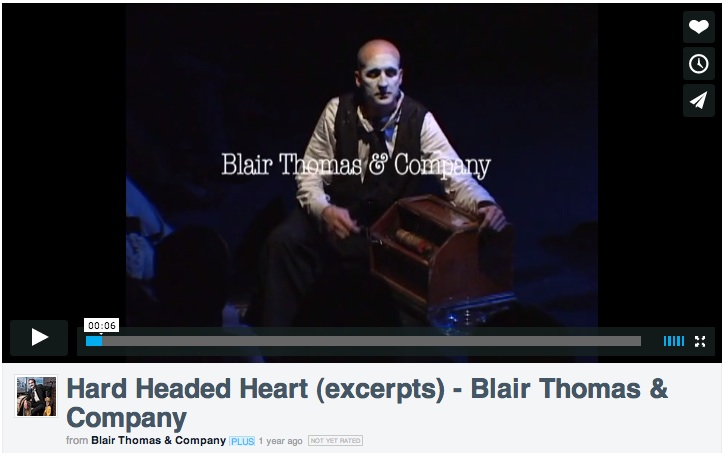 The Puppet Show of Don Cristobal (by Federico Garcia Lorca)
Based on the rough folk humor of the traditional trickster Don Cristobal, this play is a bawdy telling of Cristobal’s wooing and marriage to the delectable Dona Rosita.

St. James Infirmary (Traditional)
Faced with the death of his lover, we watch a man dance away his grief.

The Blackbird (“Thirteen Ways of Looking At A Blackbird” by Wallace Stevens)
Doubt inexplicitly finds its way in-between the love of a man and a woman.

Thomas’s inventiveness and technical expertise are impressive, but it’s the remarkable expressiveness of his creations that has stayed with me. He doesn’t just animate wood, cloth, and paper forms–he somehow endows them with souls. - Chicago Reader

the technique and commitment on display is nothing short of staggering. - Chicago Tribune

A one man tour de force by an extraordinary designer and performer…A virtuoso and powerful performer. - UNIMA Citation Committee

Both The Puppet Show of Don Cristobal and The Blackbird received UNIMA (the International Puppetry Organization) Citation Awards for Excellence in the field of puppetry.

This collection of solo works has been performed under these different titles: Drum Sticks & Fiddle Sticks, The Poet, the Puppet & the Prisoner, Buster Keaton’s Stroll & Other Stories. 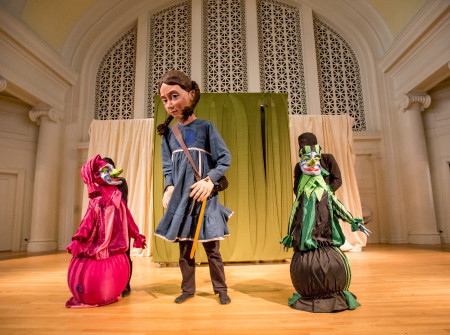 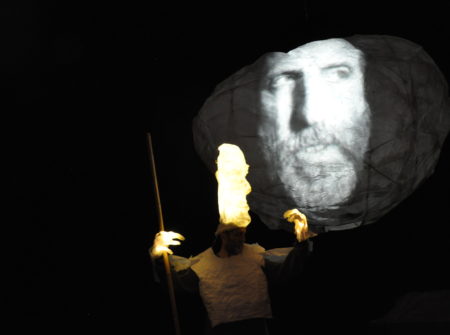 Moby Dick or The Brotherhood of the Monastic Order...
© 2022 Blair Thomas, All Rights Reserved    |  Design by Andrea Burke Design  |   Development by PerformSites