This show is collection of chamber puppet theater pieces based on the writings of the Spanish poet and playwright Federico Garcia Lorca. Featuring his short plays “Chimera”, “The Maiden, the Sailor & the Student” and “Buster Keaton’s Stroll”; it also includes some poems and letters. A company of 4 puppeteers and musicians render these works with a cast of doll size puppets performing in a host of miniature theaters. 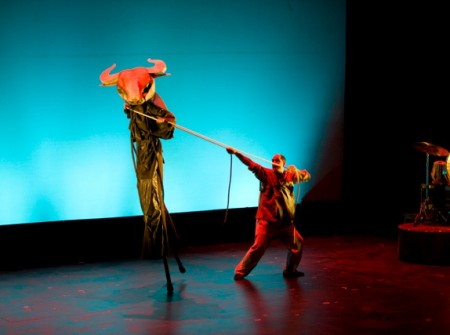